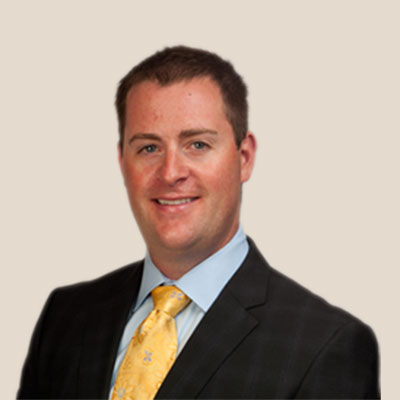 Tyler J. Therriault is an attorney with Donaghue & Labrum law firm in Media, Pennsylvania. Locally and nationally recognized, Mr. Therriault provides unmatched representation and support to individuals and families throughout the greater Philadelphia metro and all across the state who have suffered injuries or loss as a result of someone else’s negligent, careless or unlawful actions.

Handling all types of personal injury and wrongful death claims, as well as workers’ compensation claims, Mr. Therriault has recovered millions of dollars in settlements and verdicts for those adversely affected by motor vehicle accidents, workplace accidents, defective products, slip-and-fall accidents, medical malpractice, nursing home abuse and other preventable tragedies. Honored for his success, he has earned a membership in the Million Dollar Advocates Forum.

Since 2017, Tyler has been recognized as a Pennsylvania Super Lawyer – Rising Star in the field of Personal Injury Litigation. This means that his peers and colleagues have recognized him as one of the top up-and-coming attorneys in Pennsylvania. This designation is only given to 2.5% of lawyers in Pennsylvania.

Among his many other accolades, Mr. Therriault has earned recognition from The Best Lawyers in America and received designation from The National Trial Lawyers as a Top 100 Lawyers and Top 40 Under 40 for civil litigation in Pennsylvania. He has also been recognized as a Top 40 Under 40 Personal Injury Lawyer from the American Society of Legal Advocates and a Top 10 Under 40 ranking from the National Academy of Personal Injury Attorneys.

In addition, Main Line Today magazine voted him a “Top Lawyer” for personal injury and medical malpractice in 2014 and 2016 through 2019. He has also received Superb, 10 out of 10 peer review and client ratings on Avvo along with many testimonials and referrals from his satisfied clients.

A 2004 graduate of Dickinson College, Mr. Therriault attended Rutgers Law School in Camden, New Jersey, where he obtained his Juris Doctor in 2010. He holds his license to practice in Pennsylvania and New Jersey as well as before the U.S. District Court for the Eastern District of Pennsylvania.

Tyler lives in Glen Mills, Pennsylvania with his wife and three children. In his free time he enjoys fishing, golfing, cooking, reading and spending time with his family.